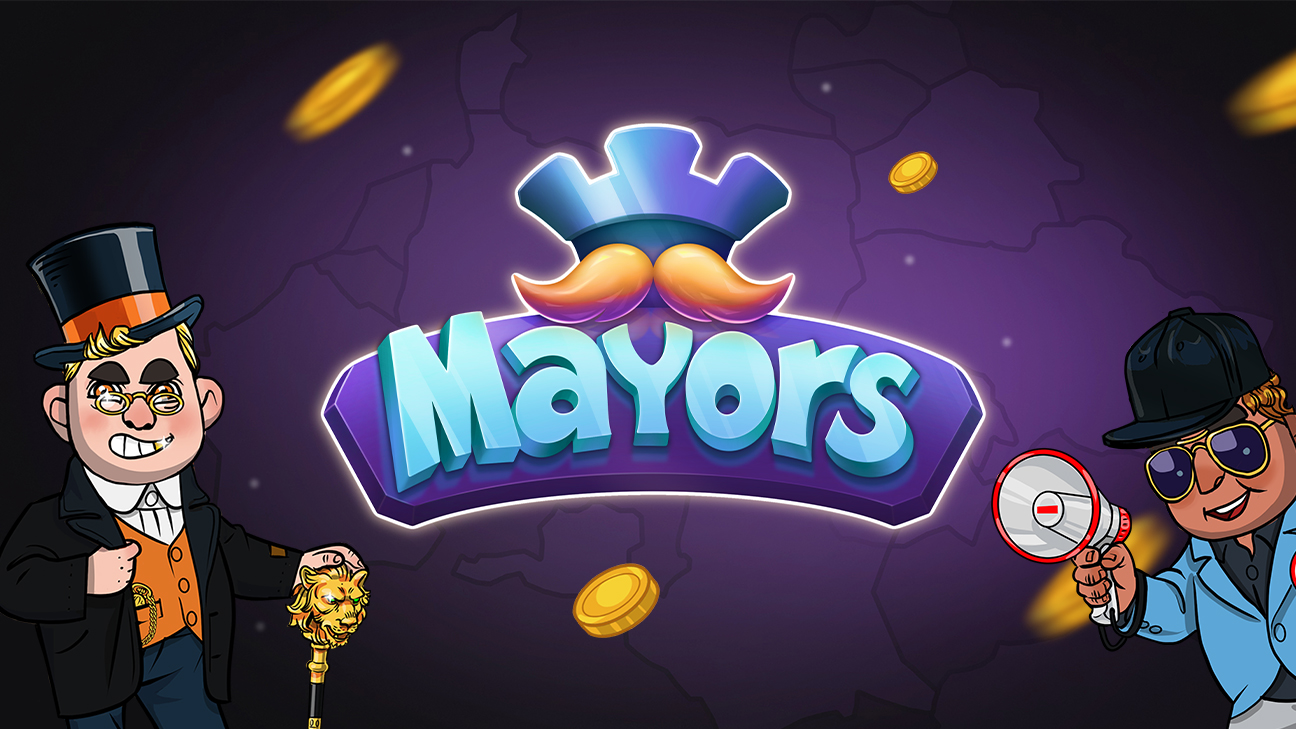 Azur Games keeps growing in the NFT field. Earlier we talked about the development of Axes Metaverse and the launch of publishing blockchain games. Now we are glad to announce a partner NFT project — Mayors, play-to-earn blockchain-election game.

The core gameplay mechanic is based on tokenization of characters — mayors. Owning NFTs of Mayors gives an opportunity to earn in-game currency Vote$ — a ERC-20 token with a fixed supply. Vote$ will allow users to compete in virtual elections and receive even more currency.

The elections are held once a week according to the following principle: every player who wants to run for mayor is trying to buy votes — thereby making a bet with the game currency. The more votes a voter tries to buy, the more chances he has to win.

When one of the player’s avatars becomes the mayor, he gets the opportunity to develop the city by constructing new buildings and receive certain bonuses from them. He also acquires the entire bank of the city, which is formed from the number of residents multiplied by the cost of votes.

Voting is one of the most striking examples of what blockchain and smart contracts have to offer. As this technology, the gameplay of Mayors is based on decentralization and the principle of “one man = one vote”. We decided to give the players the opportunity to experience how it works personally — vote-count double-checking being one of the things. Naturally, we wanted to turn this system into a game where users can also earn money.

One of the game’s unique features is Dynamic NFTs. Mayors are not just static game avatars who act as executors of the player’s will. By performing certain actions in the game using NFT tokens, users allow them to evolve and get improved characteristics and visual. Gamers can trade Mayors freely on the marketplace or use them to participate in elections after the release.

The project is currently in active development. As a strategic partner, Azur Games provides assistance with marketing, user acquisition and community management.

The first airdrop with 150 NFT characters will be carried till the end of April. A full release is scheduled for June — before that, the developers plan to hold Closed Alpha and GAO for players and launch its own marketplace.