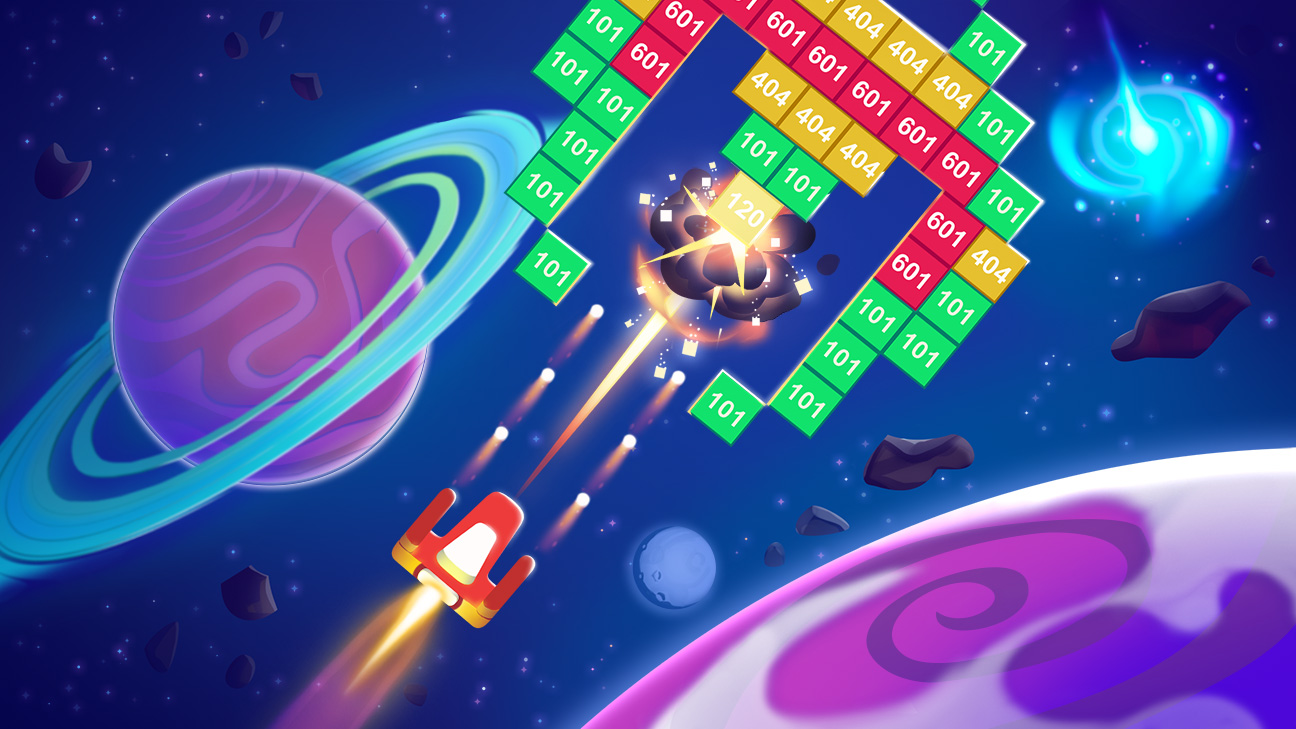 Do you think that 2D scroll shooters don’t take off? Not at all. Fire Hero 2: nine months – flight is successful

The hyper casual market nowadays is oversaturated with interesting projects. Is it possible in such a situation to create a successful game in the super traditional genre of scroll shooter?

The Fire Hero 2 case shows that it is possible. This is an optimistic example of how a small start-up indie studio with good ideas, in effective interaction with the publisher, launched a successful hyper casual project. And in just a few months radically changed its financial and expert capabilities.

The young team of Every Day Games, consisting of two developers, came to Azur Games with a prototype of Fire Hero 2 in August 2021. The guys had minimal experience in hyper casual. A little earlier, they tried to make their very first prototype, Fire Hero 1. But in the process, they were dissatisfied with it and stopped without even bringing it to the tests.

Fire Hero 2 became the ideological and technical reincarnation of the previous attempt. The studio had high hopes for it. However, take off with a run did not happen.

Alexey Kim, founder of Every Day Games, developer of Fire Hero 2: “We launched the first test with one of the biggest publishers. According to metrics, it turned out very badly – the CPI was too high. The prototype was refused.”

But the developers believed in the project, so they began to test the economy themselves, and it came together. To collect statistics, they bought traffic for ~ $10K, received data and went to three different publishers with these figures. Two said they were not interested/not ready to take on. But Azur Games was open to communication.

Maneuvering on the ground. They meet you by your clothes

The prototype of Fire Hero 2 was extremely simple both in terms of gameplay and graphics. But it demonstrated the very “stickiness”, which, in general, determines the success of the game.

The spaceship fires at moving square targets of varying durability. Over time, the targets change their configuration and movement speed, and the ship acquires additional perks. This is a mobile interpretation of the classic arcade shooting games.

Nikita Temerev, producer of Fire Hero 2: “The first impression of the prototype did not give a wow effect. The very idea of a minimalistic scrolling shooter sounds kind of boring, even in 2D. However, it quickly became clear that the game was very balanced, with pleasant control. We decided to check it out and launched a prototype for testing.”

The initial test in the USA in August 2021 showed excellent results. The game has a simple entry point, an easy start, a quick opportunity to get boosts, a thoughtful rhythm in the level design. Thanks to these qualities, Fire Hero 2 achieved R1 of 50% and Playtime over 30 minutes in the very first round. Even though the CPI was pretty high, around $1 on Facebook, it was clear that the game could scale.

Alexey Kim: “Successful tests confirmed our confidence in the project and convinced Azur Games of its prospects. As a result, the guys believed in us, and decided to move on together. We signed a publishing contract and started working.”

Takeoff and climb. From hot prototype to launch and scale

It is believed that 2D games in general are less popular now, but the success of Fire Hero 2 shows that there are always exceptions. No complex settings and flashing characters in the game – only strict geometry and pure colors. Convenient and clear interface does not distract, while the necessary information is always on the screen.

Nikita Temerev: “Fire Hero 2 originally had cool and sharp graphics. We understood and accepted the minimalistic philosophy of the prototype right away, but the design was radically changed several times. We tried different shapes of the ship, diversified the palette. But in the end we came to the conclusion that conciseness is the chip of the project.”

Since September 2021, a large advertising campaign has begun.

Nikita Temerev: “As a standard, we always start with simple gameplay creatives, because they are the most honest. If we see that users respond well, we launch more complex videos, banners, playable ads; test and compare.”

From the very beginning, the project showed rapid growth. High retention rates and playtime seemed very inspiring. However, it was clear that the monotony of the gameplay would bore the audience sooner or later. So, the team constantly ran experiments of varying degrees of success.

At first it was like this: you always start playing with the same ship, go through the levels, score points. Measured gameplay, beautiful visuals, but nothing more.

Then various skins and features gradually began to be introduced. Now you can visually change the ship, increase its rate of fire and firepower. But at the end of the game, all the changes were burned. It didn’t matter if you lost or, conversely, won, reached the next level – the features disappeared, and you had to start over.

The lack of development frustrated the players. Then a new option was added: get upgrades for hard currency and not lose them. The update turned out to be very successful in terms of the player reaction.

This entailed a whole series of innovations – a store, offers and promotions with different possibilities. The gameplay is becoming more diverse, players are interested in developing inside the game.

Alexey Kim: “Throughout the life of the project, it continues to change. We are constantly embedding new features, adding mechanics, looking at the results – what works and what doesn’t. The potential of the game is far from being exhausted, there are still a lot of interesting things ahead.”

In the process of improvements, the game began to gradually drift from hyper casual to casual with mid-core elements, so it turned into a hybrid project. Without losing its main essence – this is still a classic arcade shooter.

Growth in complexity has led to the fact that the project began to cling to the new audience segments – casual and mid-core. It became attractive for users who are traditionally loyal to in-app purchases. It was time to set up a different monetization model.

Nikita Temerev: “Initially, we launched only on advertising, there were no in-apps at all. Then the game had an option to turn off ads. Gradually, we saw that the game could be monetized through in-apps.”

Now the share of in-app purchases is 20% of the total revenue and continues to grow.

It is clear that only metrics give an adequate idea of what the project is worth in the current market. But a big mistake is to look only at individual metrics and draw general conclusions from them. For example, exaggerate the impact of a high CPI on the future of the game. This is an important indicator, but not decisive.

Nikita Temerev: “Initially, the game had a very high CPI. Analyzing huge amounts of data through the Azur Games BI system made it possible to assess the potential of the game and quickly adjust tactics at all stages of the project’s life.”

At a certain point, the predictive payback period of the project was moved from the 60th to the 90th day, and it worked. With a CPI of ~ $ 2 per installation in the US, the purchase of traffic increased by 4 times. Usually such CPI is typical for more complex games, such as State.io or Chain Cube. At the same time, everything pays off.

If you look at the Fire Hero 2 roadmap, it’s undulating. A series of successful tests can be followed by several failures in a row.

You can see probably more red plates, where the version was canceled because it showed bad metrics, than green ones. No matter how cool a feature may seem, if it does not work for most players, it is rolled back without regret.

Nikita Temerev: “From the first steps we have been working on the project in close conjunction with the studio. The guys bring their ideas, we discuss and evaluate them. If the idea is catchy, we immediately test it. And only on the basis of metrics we draw conclusions. As a producer, of course, I also offer my options. But by no means in an imperative manner. Rather, it’s pitching, I “sell” my idea to the guys, and if I manage to convince them, we test it and look at the data.”

For example, quite a lot of experiments were taken with visuals. As a result, in a few months the game has acquired that elegance, which is actually not typical for hyper casual at all. This unusual quality strongly distinguishes Fire Hero 2 from its competitors.

Nine months — the flight is normal

It’s hard to stand out when it comes to scrolling shooters, but we made it happen for Fire Hero 2. Even though the game has no setting, it catches players with other things:

If you compare it with architecture, it’s like a technologically advanced Japanese house, where everything is comfortable, beautiful, functional, but at the same time there is nothing superfluous.

Nikita Temerev: “Despite the fact that Fire Hero 2 has been out for almost a year, the game still has the loyalty of old players and continues to attract new ones. There’s a plethora of features that add replay value, like different booster options, passive income of in-game currency (offline earnings), ship customization, and the freedom to choose perks. The game becomes more dynamic as you go from level to level.”

The numbers also speak for themselves:

One of the important conclusions of this case is that it makes sense to grow and develop the project, gain maximum audience, and not just chase short-term profits.

The sky is for the brave. Future plans

Profit from Fire Hero 2 has allowed Every Day Games to assemble a new team for casual projects. We already have a couple of prototypes we did together that show good metrics.

Alexey Kim: “Azur Games is the first publisher who believed in our project. They help us a lot with idea generation, roadmapping and task prioritization. I like that all decisions are made based on A/B tests, and there are some solid analytics tools. And a special thank you to the QA team, the guys saved us from bumpy releases a number of times.”

The success of Fire Hero 2 also inspired Every Day Games to aim for something bigger — now the studio wants to try its hand at making a mid-core project. This is a serious goal that requires several months for prototype development.