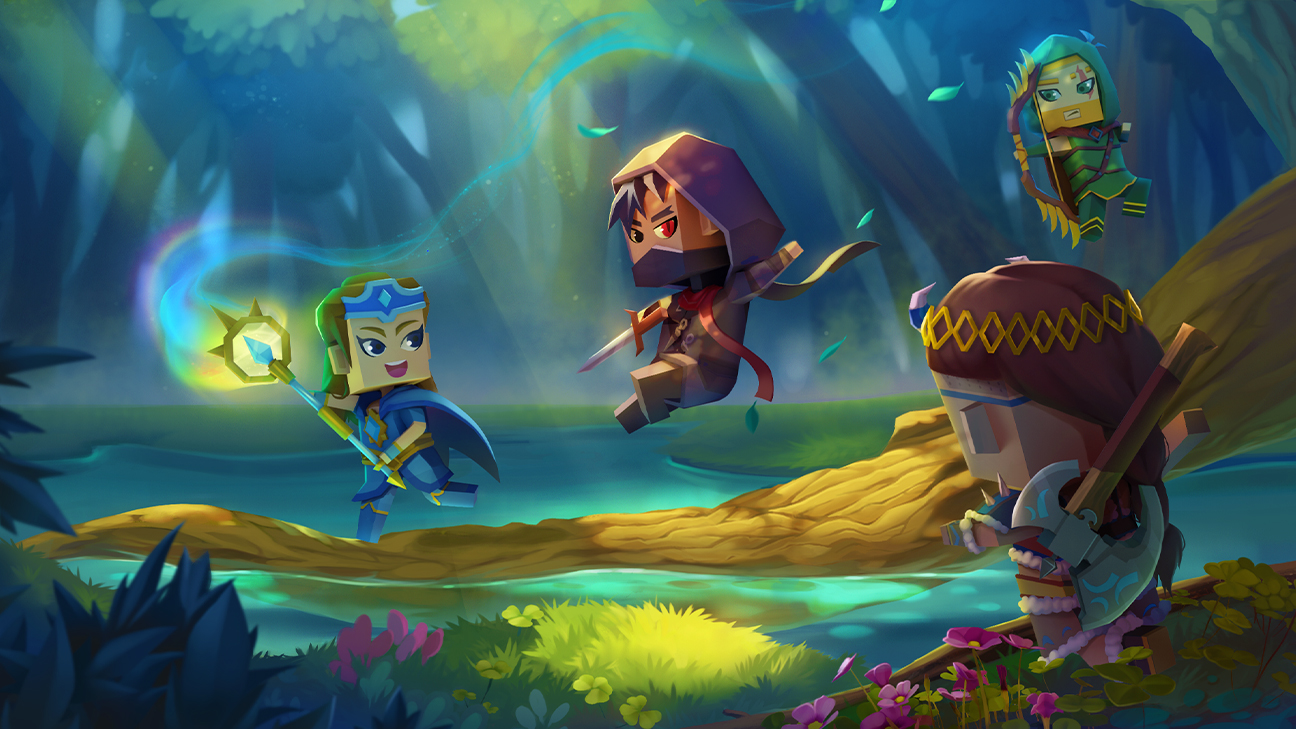 Storytelling, three act structure and archetypes are the chief tools of classic dramatic composition that have long since been used in advertising and cinema. But will they function when making performing video creatives for the mobile games market?

Let’s observe the trends, methods and tools that I apply in my work.

As of right now, creatives regardless of genre (gameplay videos, trailers, teasers, animations and other media) lean toward either of the two opposing trends:

In most cases either something simple or something sophisticated works. The former is typical of hyper-casual games creatives, the latter is a feature of midcore ads.

The last ones are what I am going to cover.

Regardless of the game’s genre (Shooter, Battler, RPG, Strategy, etc.), it is the script that goes into the foundation of a good video creative. Dramatic composition rests upon the three main pillars of playwriting.

Both authors and screenwriters consider storytelling to be a basic instrument. However, creatives use this term to describe not the text or traditional narrative but an idea, the plot itself.

In midcore, video narrative is a small feature film that may use actual game mechanics, characters and settings while delivering a small story that reveals the hero’s personalities and conveys emotion to engage the players.

In order for the content to be perceived, we almost always use the basic three act structure: an introduction, a turn for the better (or for the worse) and a conclusion. This setup had first been suggested by Aristotle and was used by playwrights for over 1500 years. So, the method is well tried and tested.

First comes the opening. We explain what goal or task the protagonist has to reach and present the exposition of the location. It is not advisable to start with an action scene: the first seconds should be used to let the viewers understand what is going on.

The exposition is followed by narrative. The action should follow the sine curve: action-respite-action. If we need to cover 20 seconds of gunfight, here is what it should look like: a shot, then 5 seconds to reload, hide and shoot again. This prevents the viewer from getting non-stop action fatigue.

As for the ending, it may be an explosion, a hostage rescue or the opposite, a character death. The story should not end abruptly in the middle of some action.

Psychologist Gustav Jung who came up with the idea divided people into 12 types depending on their motivation: outlaw, everyman, ruler, magician and others.

In games, archetypes are used to determine the characters’ looks and personalities. They help to create characters that viewers can easily recognize, associate themselves with and thus sympathize.

For example, consider the story of an orphan girl who is being mistreated in her new home. The butler takes her to a magic country of minions where she transforms from an outcast into a powerful sorceress not unlike Harry Potter.

Extend this narrative through a series of ad creatives to establish the viewer’s loyalty. This is how recognition and empathy work in regards to creative media.

The archetypes do not have to be played straight. A protagonist often carries the traits of more than one archetype. These are not templates used to create characters but a tool that helps to make them more vivid and interesting.

The tools above are invaluable when writing a scenario, but subsequent visualization also comes with a number of established patterns.

Most of the time the game already has some kind of setting that creative projects can be based on. However, there may be cases when the core mechanic is already there but the game world has not yet been fleshed out. Take top-down action. For example: it may involve an assault rifle, a bow and arrows or a futuristic blaster. The task is to introduce the mechanic to various settings and test what the audience enjoys most. We do it by using common cultural references.

There are settings that everybody knows: the Middle Ages, the Ancient World, World War II, postapocalypse. Use any of these words to describe a game word, and the imagination immediately shows you what it should look like. We are not reinventing the wheel but referencing “cultural codes”. If we are dealing with the Middle Ages, we add knights, banners and medieval inscriptions. If we are dealing with the Ancient World, club-wielding people in animal skins are bound to show up, etc.

In brief, we first introduce the patterns that every person knows and trigger recognition. Having done that, we add them to the advertising campaign and examine feedback to see what the audience likes best. This is one way to quickly choose the setting for one’s project.

This is what my workflow looks like. I make a creative design specification by writing the script, finding examples that can be referenced for the plot and quality, and coming up with the storyboard. This is required to avoid having to explain the basic idea as you can show the entire picture instead in great detail.

Then the artists and animators draw the characters and rig the models. At the same time, the level designer works on the levels of the game. Once all the characters and levels are ready, the results are submitted to the motion designer who puts everything together in a single video. Finally, the sound designer adds music and audio effects.

Note that nobody is interested in a video for video’s sake. The idea has to be scalable, accessible from various platforms considering the difference between potential markets and the demands of the target audiences.

The creatives should not repeat one another to avoid “burnout”, which is why a lot of work goes into analyzing competition, watching the trends and remastering.

The answer to the question of whether the classic laws of dramatic composition should be used in super-short format projects is obvious: yes, they should. Moreover, it pays to develop the approach to make it larger and more saleable as you advance to the next projects. For example, right now we are working on large CGI creative media for in-house NFT projects with metaverses.

It should be noted that midcore creative projects are ceasing to be short. Earlier we aimed to make them about 30 seconds long, but right now the standard is approaching 50 seconds and more. You should take into account the general trend that indicates the increase in running time and script complexity of the creatives.