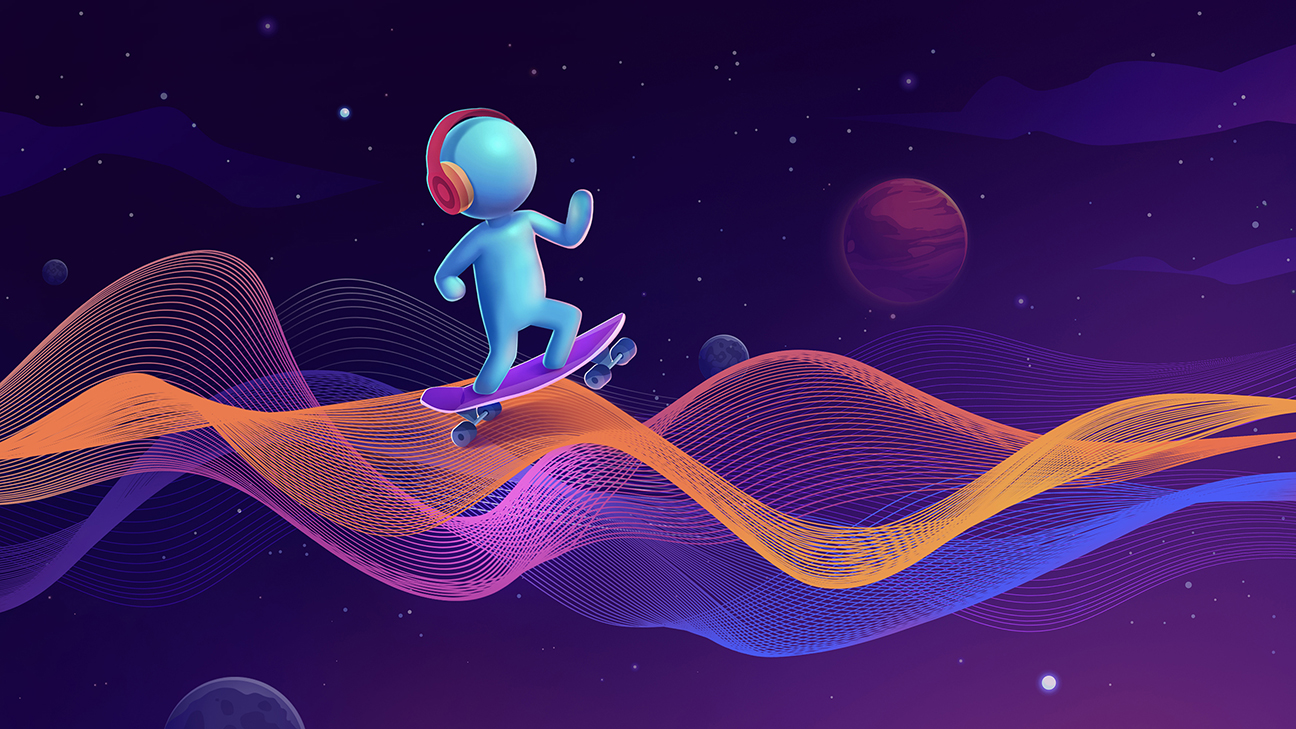 When hyper-casual games were just entering the scene, there was a popular opinion that implementing unique sound design wasn’t worth the resources it required. If the players are supposed to simply pop soap bubbles in the game, then why go out of your way trying to make the sound stand out? The developer can single-handedly throw on prefabricated sounds, saving time and money, and go polish the gameplay instead.

There was also a theory that no one plays mobile games with sound on. However, our analytics show that:

Besides, we don’t have a single example of comprehensive sound design done by a professional harming a project.

Why hire a professional

If you don’t want any rattling or ringing sounds that will harm the gameplay, you need to be very familiar with audio file formats, compression, and mobile speaker features. And this is a field-specific task for a particular specialist.

We experimented enough to come to the conclusion that full-cycle unique sound design pays off in full — although, you need a seasoned specialist with a good understanding of not only sound, but also the games themselves.

I first got a chance to write music for a game back in 2015 for a small browser project. It was a lucky coincidence because I’m a gamer myself.

In general, I’ve done a lot of different things: I wrote soundtracks for TV shows and short films, now I work at the Philharmonic and play in my own rock band. All this helped me gain the experience that made working in gamedev much easier.

The first time we involved a sound designer was for State.io. The project already had good metrics, but we wanted to experiment. It turned out even better than expected:

We select projects for sound design if it fits into one of the categories: either it doesn’t have sound at all, or it already makes money on acquisition. Sometimes it can even be a prototype.

The development team, publisher, and sound designer work on the game’s soundtrack together, and the process goes something like this:

Full-cycle sound design implies creating the sounds and music simultaneously. If you write them separately, the process will get messy. Each sound and instrument must be placed correctly. That’s why we record demos — they help us get a clear picture of how different sounds will overlap.

The defining feature of sound in games is that it’s mostly non-linear.

If it’s a movie or a live show, the audience hears the music once and never returns to it, while in games the same sounds can be repeated for hours. Sound design in games should be practical first, but at the same time you shouldn’t forget about the artistic value. This is the main challenge of working in gamedev: finding a sound that complements the gameplay and doesn’t annoy the players after they hear it for a few hours.

We often take console and PC games with similar styles or settings and use them as examples. For instance, when we were working on the score for Western Sniper, we were inspired by the Red Dead Redemption soundtrack. We also rely on our own experience, the sound designer’s experience, our vision and the overall style of the project.

I have a large reference list in Notion that I’ve been updating regularly for a couple of years now. To make it more convenient, everything is divided by categories, tags, genres, tempos, and so on. You hear some cool sound in a movie or game — you write it down. It makes the work a lot easier.

There’s also a lot of technical nuances in working with sound for mobile games. At the very least, you need suitable compression so that everything sounds good on the smartphone speakers. It’s an obvious thing, but many forget about it or choose to ignore it.

The miniature speakers on mobile devices have a very specific narrow frequency response, so you need to significantly reduce the rise in high frequencies, compensate for the absence of low frequencies and remove possible resonance. In the process of mixing and preparing sound for a mobile platform, I use filters that emulate the frequency response of a smartphone on control monitors, DAW plug-ins that broadcast sound directly to my device during operation, or simply listen to the finished sound on different devices.

We try to meticulously develop the concept from the get-go, and the results show that this approach works. For some projects, the LTV increased by almost 15%, in other cases the numbers aren’t as impressive, but we still see 3-4% growth. A positive shift is evident in every regard and so far we don’t have any cases where the sound design would be harmful.

1. We create a chat and add every specialist from the development team we need.

2. We send the game build to the sound designer and in a week we get the first demo with a brief description of all the sounds:

We didn’t like the soundtrack in the first demo all that much (and offered to try minimalistic electronic ambient instead), and many sounds were too loud and annoying.

The sound designer sends new references, receives an approval and proceeds to the second iteration.

Now it’s better. We still have some questions about the soundtrack and sounds, but it became clear what needs to be finalized and how we’re going to finalize it.

5. The developers start adding the sound to the build and configuring it.

In the case of State.io, we came to the final version in 3 or 4 iterations:

A month later, some new features were introduced to the game, and we needed to create the score for them. The process is the same, but it moves way quicker.