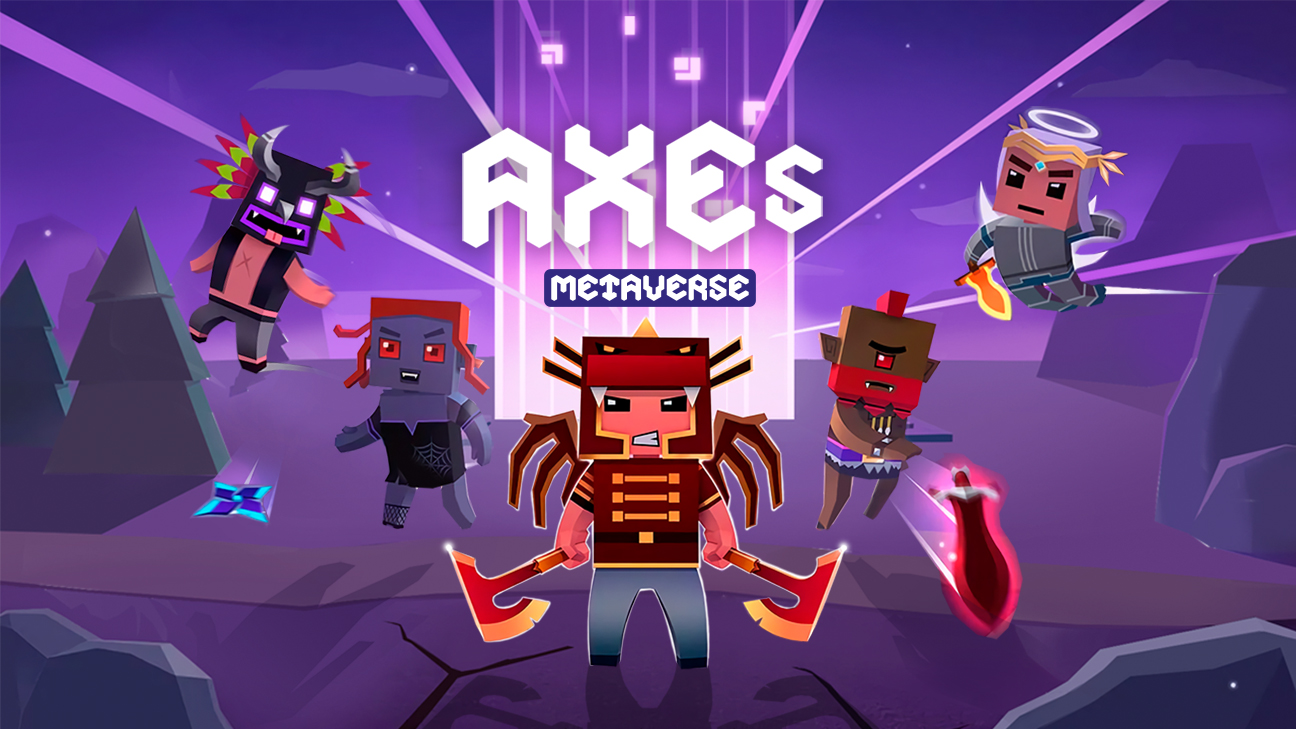 Azur Games always strives to take its mobile projects to a new level when it comes to player engagement and motivation. That’s why we’re launching our first game that features NFTs – Axes 2.0 Metaverse created by us based on one of our acclaimed games.

Besides investing $2 million into the sequel, we also plan to spend more than $10 million on NFT market exploration next year and we’re looking for new developers and studios to join us.

Let’s talk about it.

— What’s an NFT and how are games involved?

NFT (non-fungible token) is a non-interchangeable digital token stored on a blockchain. It can’t be faked, altered or copied, which means you’re guaranteed to be the sole owner of specific in-game items among other things.

This will let the players feel like they truly possess in-game items and characters and allow them to take collecting and trading to a whole new level. At the same time, users get to keep all their assets forever and use them in other projects.

NFT has been rapidly gaining in popularity lately, especially in the gaming industry – in 2020, 41% of all NFTs were used to purchase in-game items.

This is the sequel for the hit top-down battle royale with bots Axes.io (we’ve shared the story of its development before). The game’s unique feature is in its ability to not only increase damage or HP with every unlocked skill, but completely change the play style by introducing new mechanics.

In addition to PvE, Axes Metaverse has various modes of PvP arenas where players can compete with each other, and dungeons to explore. Whatever you may choose, you can mine the internal currency by both actively playing and passively owning rare NFTs. You can use the currency to purchase unique items or trade with other users.

All seven races are playable and there are more on the way. Metaverse is going to expand in a story-driven way, and all the updates will come out as episodes, developing both the game and the lore.

First chapter of the story will take the players to the ancient kingdom of Valoran, the homeland of humans. The bravest heroes to protect the kingdom will get access to the king’s treasury valued in real money.

— How will the economy work?

To maintain the value of in-game assets and currency throughout the lifetime of the Metaverse, we’ll strive to create a deflationary economy. For example, character upgrades will require burning coins.

All players will be able to freely trade with each other on a special marketplace.

We’ll invest $2 million in the Axes Metaverse development, but we plan to step up our presence in the NFT sector — we will invest more than $10 million into this initiative in 2022, and we’re actively searching for good ideas and existing projects from new studios and developers.