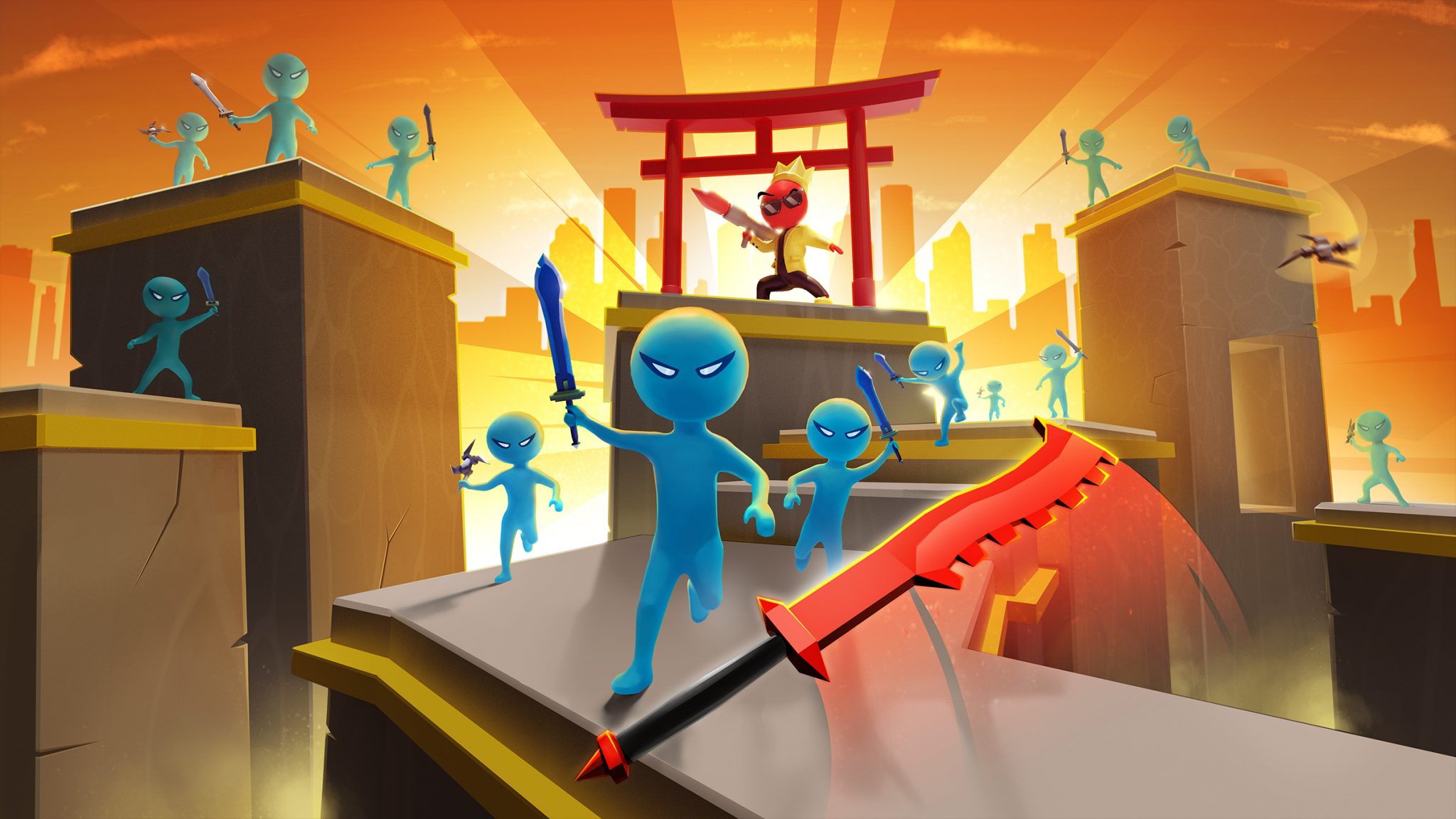 In our last post, we spoke about the events that led to us publishing Sword Play: the game’s metrics deteriorated with each iteration and its previous publisher abandoned it. The first thing we did was roll back the game to the very first playable version and it almost immediately became top 1 in the stores.

After that happened, we didn’t really want to mess with the core gameplay, so we had to tread lightly. We made minor changes in order to keep the game’s metrics the way they were. Our producer Dmitry Savchenko offers a closer look at every step we took.

Before we got involved, the game was starting to look less and less like itself for no apparent reason. It got completely reskinned and the gameplay became more complex with diverse NPC behavior, reimagined level design, and so on. As we already know, it didn’t work. But the most shocking thing was that, judging by the metrics, the first playable prototype was ready for a commercial launch even before all the updates. Why no one had thought about releasing it before remains a mystery.

Our main goal was to keep the metrics intact and improve the game by making minor improvements to the gameplay and level design without touching the signature visuals.

Nothing was removed from the original build, the game already had its own rhythm, gradually involving players with new challenges. But, we added some things to the gameplay:

We did it because we wanted to see how things are with mid-term and long-term retention — the original mechanics weren’t enough for 50 levels, so we needed more content.

Initially, there was no monetization either. We built in interstitial ads and a banner at the bottom of the screen with the very first iteration.

We implemented skins as progress rewards, a skin gallery and in-game currency. At the same time, we tried not to change the user flow too drastically since all previous attempts didn’t end very well.

We barely touched the visuals, just came to the conclusion that users can’t see the same skyboxes every time they play. That’s why we made a basic rotation of color settings: blue, orange and green. It’s just color, but the result was tangible.

We acted with caution when it came to drastic changes. At that point, any mistake would cost us more than we were willing to lose. As soon as the project goes global and we begin to optimize acquisition based on CPI volumes, the day 90 drop by 2-3% will be very expensive. Therefore, we do it in iterations with a step of no more than 10-15% users.

Yet, the game’s success among 10% of users didn’t mean it was going to be successful with the other 90%. This is a question of confidence intervals and the representativeness of these 10%. For instance, Android makes things complicated because there’s a large fleet of devices. The fewer users with outdated devices end up in the sample, the better. But the smaller the sample, the more outdated devices will be in it in absolute terms. So, we do everything carefully to avoid problems.

There were basically no unsuccessful iterations. Once we rolled back the chests with keys, because the boost ended up being less than expected. There was also a technical rollback a couple of months ago because of the unsuccessful bug fixes related to third-party libraries.

What’s in the works

Later on, we’ll try to work on level design, add forest, mountains, and other stuff. We’d also like to add more particles to each action and try contrasting colors in the spots where enemies are sliced.

We discuss all future updates with the studio, break it down into iterations and implement. We receive a lot of ideas from the developers. In fact, they were the ones who came up with the idea to increase the difficulty, we just have to test it and see what happens. If we encounter any interesting results, we’ll tell you all about it in our blog.