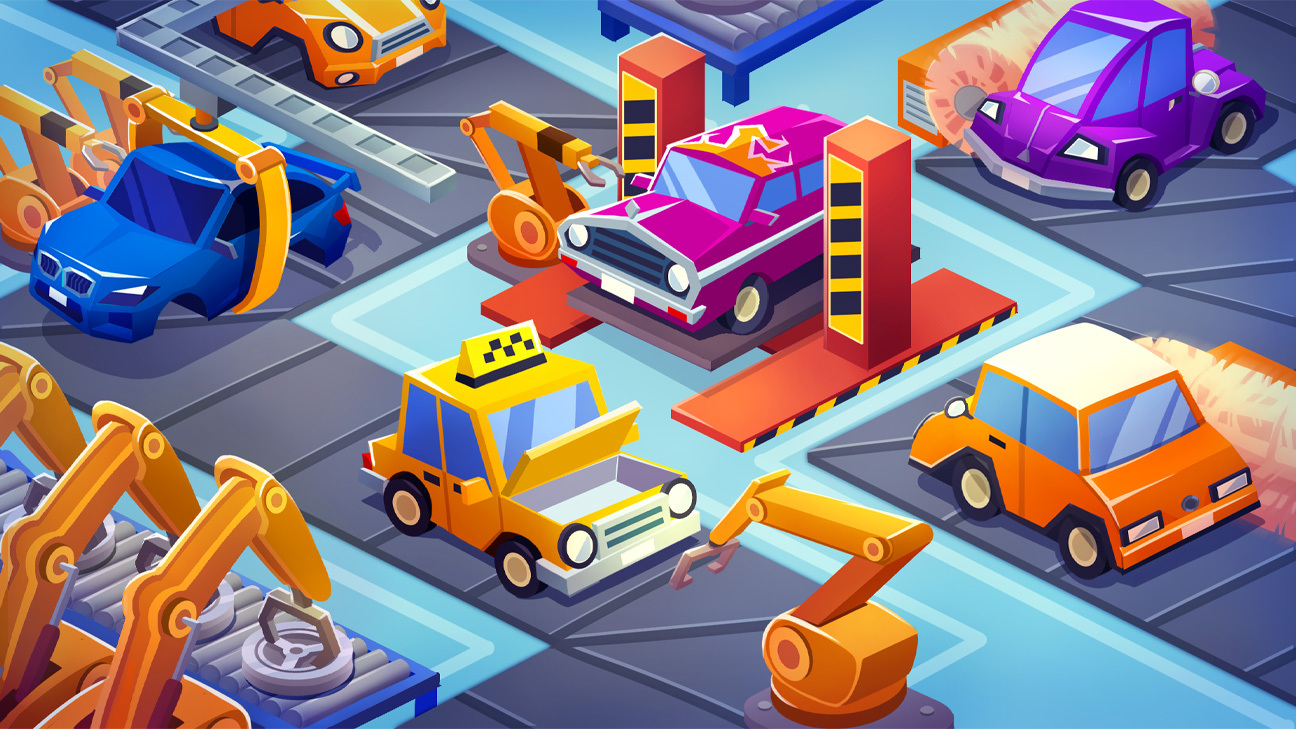 Here’s a fact: players are tired of seeing the same models from asset stores in hyper-casual games from different publishers. So while working on Taxi Run, I asked our in-house 3D artists to make models of some unique cars. It turned out even better than expected and spread way beyond a single project.

As a result, we managed to make life easier not only for the dev studios we work with, but also for the marketing department. Let me tell you what happened.

It’s not a common practice to make hyper-casual games complicated due to the specific market characteristics. You need to release projects quickly in order to test the widest array of theories, hop onto certain trends, or be the first to release new mechanics. If the road from idea to release takes you a month to cover, it’s considered a long time, so rarely does anyone bother with creating unique models.

In most cases, developers are looking for prefabricated assets, and over the years this has led to a number of problems:

The last two points became especially relevant for us when we were developing Taxi Run. That’s when we started to put together our own asset library.

We wanted the game to have many different and stylish cars, but there wasn’t a single pack that had as many models as we needed. Our attempts to combine assets only led to the game not having its own eye-catching style at all.

Since Azur Games already had in-house 3D artists by that time, I suggested making unique assets. This isn’t typical for hyper-casual games, but the fact that we could reuse those assets in other projects played the biggest part in us making that decision. Unexpectedly enough, the real benefits turned out to be even greater.

We applied the experience of creating unique assets for Taxi Run to Mafia Sniper. Now it’s one of our largest projects with our own assets. There are cars, weapons, characters, and even buildings.

In this case, we decided not to focus on reusability and made a lot of stuff exclusively for the project, since the game is set in the 60s. They made cars of that time, even designed the interiors — there are seats, the doors open, the steering wheel turns.

For the environment, we made 8 base buildings fill the spaces where other assets didn’t fit. We also added unique props, poles, flowerbeds, fire hydrants to build on the atmosphere of that time. It’s difficult to find prefabs for things like that, plus we could use them in other games more actively.

Everything we do inside Azur Games we share with our partner studios. Because of that, they don’t need to spend time on making their own models. We already have cases when developers used our library to put together new joint projects. We don’t charge any extra money for this.

There are cases when studios see the benefit of unique assets and expand the team by hiring their own 3D artists. That’s very cool, because working with studios that are focused on quality is always extremely pleasant and mutually beneficial. At first, we share our experience and engage all sorts of artists, but then the studios start to develop on their own, making even cooler games.