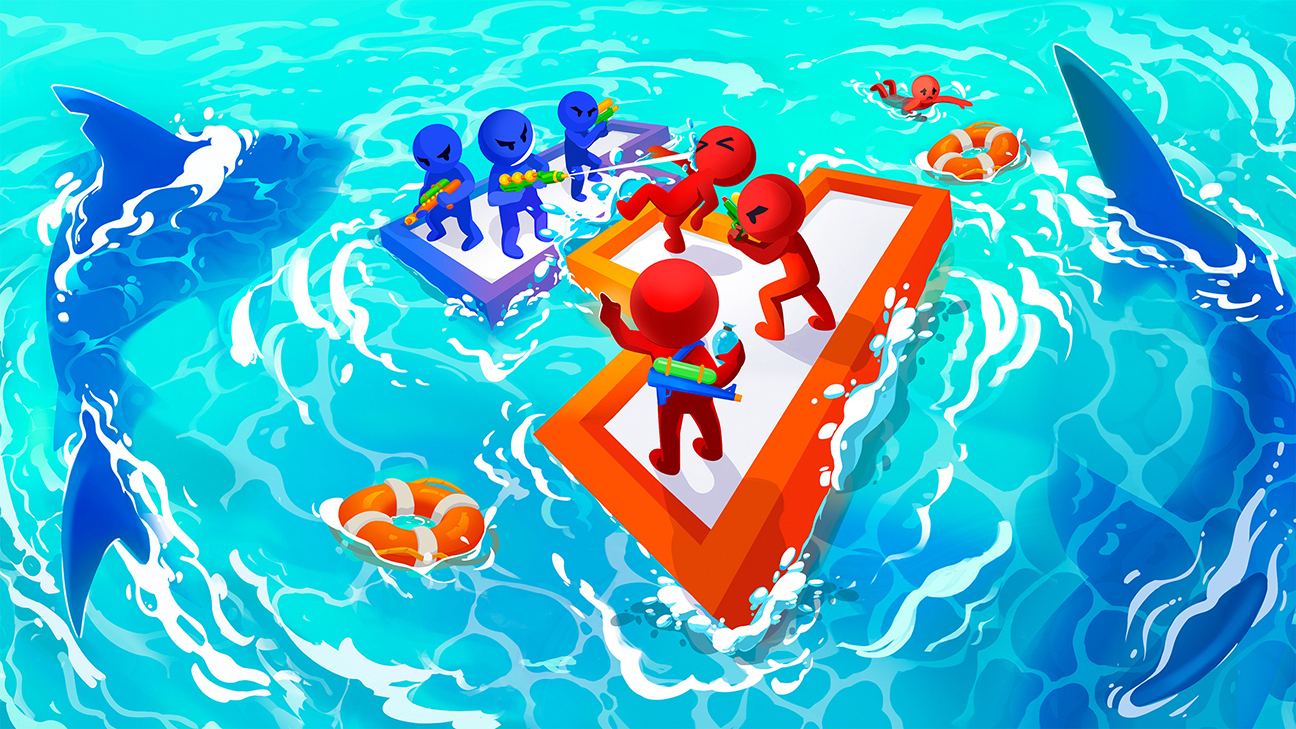 Hypercasual games haven’t disappeared from the stores’ top games charts for several years, with new projects being released daily. It seems like all the mechanics have already been invented, including the strangest ones. It becomes more difficult to find new ideas, especially for independent developers who can’t afford to take risks and try things out too often.

Experiments are built into our workflow, so we’re always looking for ideas and aren’t afraid to play around with something new.

And today I’ll give you an example of how we created the game by watching ads for non-existent gameplay.

From ads to games

I guess almost everyone saw marketing creatives where men fight with each other on rafts, attach new parts to their rafts, and save drowning people. But when such an ad video first appeared, this mechanic representing a separate game didn’t exist yet. We decided to fix the situation.

These ad videos caught us with the mechanics. It wasn’t really clear how to play it, but the idea was worth the candle.

In just a week, the guys from KORO.GAMES made the War of Rafts’ first prototype. We implemented only the basic mechanics to check if the core gameplay would be as fun as it looked in ad videos.

Then we first tested the project, and we immediately received good metrics: 45% rate of Day 1 Retention, which was accompanied by a very low CPI of about 23 cents in the US (0.03 cents worldwide), and lots of organic traffic.

The fact that the game will earn money became clear right away. All we had to was add meta and new mechanics, and polish the gameplay, so we added new things and tested the game by easy stages in about a month. As a result, we got:

We began to develop the game further: we added the base construction mode, which is a raft that players can upgrade and send to fight with random players; mini-games, e.g. players can control the raft’s turret and shoot enemies trying to get on board, and other features.

Thanks to regular updates and additions of content, the game doesn’t lose its positions even a year after its release — War of Rafts still appears in the Top 1 charts of separate countries. War of Rafts has outgrown the hypercasual genre and became something more, but I think it’s a story for another article.

The project again showed that the market still has plenty of room for new ideas and experiments, even when it seems everything you come up with has already been invented by someone else. You can find inspiration literally everywhere.