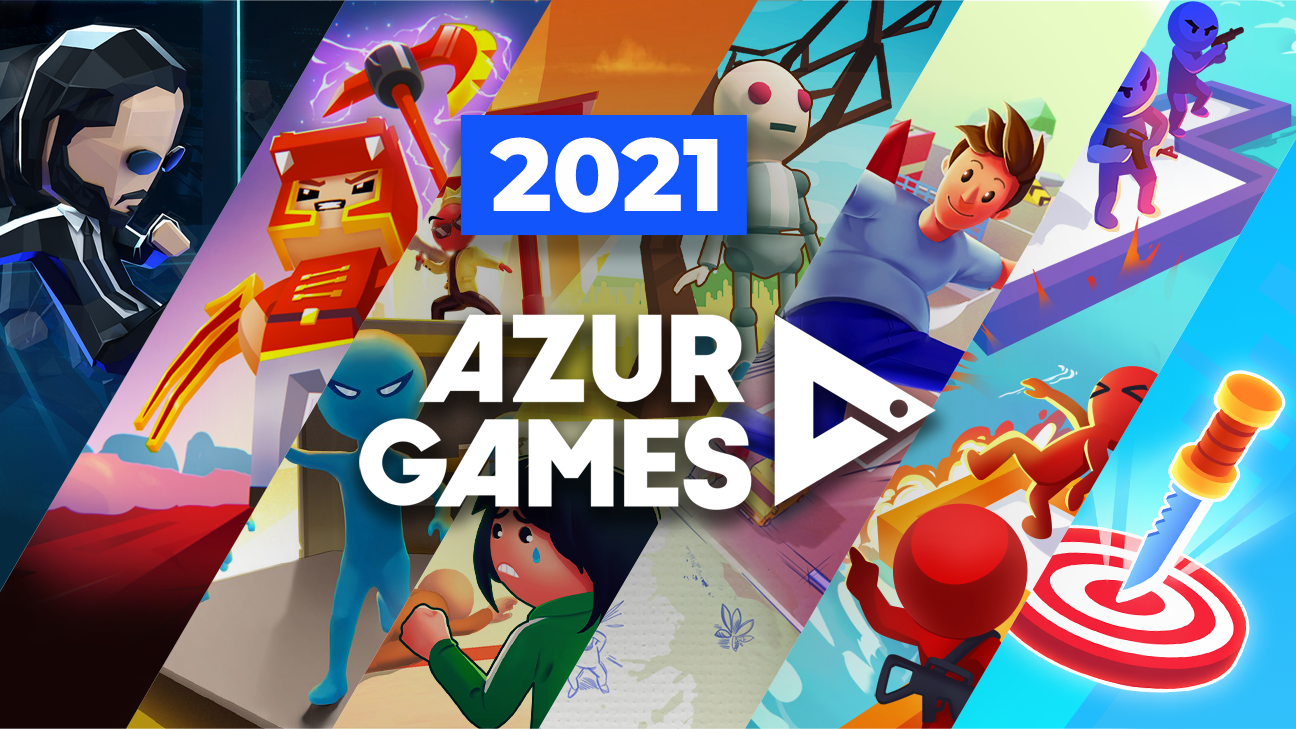 2021 wrapped: Azur Games co-founder Dmitry Yaminsky on the main events of the year

We talked to App2Top about the main events of the year for us and the industry as a whole — and there really is something to remember.

It slightly felt like a déjà vu because of Covid-19, but not when it comes to work. The year was very busy, let me list just a few milestones.

In the middle of the year we surpassed 2 billion downloads and became one of the top 3 mobile publishers worldwide by downloads. Worm Zone and Stack Ball have surpassed 300 million downloads. Moreover, we gained the second billion in less than a year — it’s one of the main things that motivates us to keep moving forward.

We started operating in China. It was a difficult journey, but now we can publish hyper-casual games on Android two weeks after we receive the build. We’re only at the start of the course, so I won’t give you any specific numbers. However, it’s safe to say that the metrics in the local stores are growing steadily. Organic traffic looks very promising as well — tens of thousands of dollars a month for individual projects — and it already allows studios to significantly increase total revenue without having to go out of their way to do so.

We reviewed and optimized the workflow for midcore and casual in-house development as we’re going to lean into this direction. Now our decisions are based on numbers more than they ever were, and we strive to get the first metrics for a prototype as quickly as possible. In this case, the experience in hyper-casual games perfectly complemented our experience in working with mid-core projects. It helps us focus on creating and developing new potential hits rather than wasting time on less promising games with subpar first metrics.

We started actively investing in studios and developing our long-term partnership strategy. Paying for prototypes is an outdated model, the industry has become more demanding, and the focus has shifted to the product quality. When you pay for prototypes, some studios may find themselves trapped in measuring their profit margins by the number of prototypes they make, which greatly reduces their chances of releasing a hit. That’s why we go the other way and try to cover monthly expenses for the studios that release quality projects in the best case scenario, or simply invest in them.

Just recently, we announced the launch of a new NFT initiative. Based on the success of Axes, we’re creating a blockchain-based metaverse where players will have real proof of ownership of unique in-game items, as well as the right to freely exchange and trade them. We’ve already invested $2 million in the project, but we plan to spend several times more on this entire direction in 2022.

In addition to gamedev, we discovered a new direction for ourselves: we invested in a mobile app developer and continue to look for talented teams. This helps us diversify our portfolio and leverage our marketing expertise.

And finally, we decided to be more active about making the vast amount of expertise we’ve managed to accumulate within the company public. This year we launched a blog where we share our experience not only with developers or game designers, but also with marketing specialists, other publishers, and the industry as a whole.

What event or trend of 2021 do you consider pivotal within your niche?

The market and players have become more demanding, hyper-casual games make it especially clear. The approach where developers make as many simple prototypes as possible no longer works. Users are attracted by quality products, so it’s much more profitable to make 10 really good prototypes (even if they are more expensive) than 30 mediocre ones. I’m not saying that the projects are becoming more complex in terms of mechanics — simple gameplay still reigns and isn’t going anywhere — but the overall feeling of the game, the so-called filling, should include high-quality visuals, smooth animations, sound design, and many other nuances.

The competition among publishers has become more serious as well. Not very long ago, the developers used to bring prototypes to the market titans for free hoping to get a partnership deal. Then publishers began to pay for each prototype regardless of its success. Now everyone is inching towards long-term partnerships when publishers take studios in for full financial support, or invest in them so that developers can focus on what they love and what they’re good at without having to think about how they’re going to pay the bills next month.

The developers themselves have also become very experienced. Publishers have to offer more to get them interested. Full access to all internal tools, analytics and reports — nothing is off the table if it helps the studios grow faster. We’re putting a lot of effort into ad creatives, making a full switch to in-house production and increasing production volumes.

Covid-19 is also making its own adjustments, but it’s more of a drawn out 2020 trend. Despite its ominous presence, the market continues to grow and develop, albeit not so rapidly.

What are the main growth points for the company in 2022?

There are a lot of plans, and we laid the foundation for many of them this year, as I’ve already described. We’re talking about investing in studios and new directions, developing NFT projects, and continuing to develop and experiment in China.

Internally, we’ll optimize the processes, focus on creating high-quality games and continue to share our expertise with the studios. The main focus is on building mutually beneficial long-term partnerships with different developers.