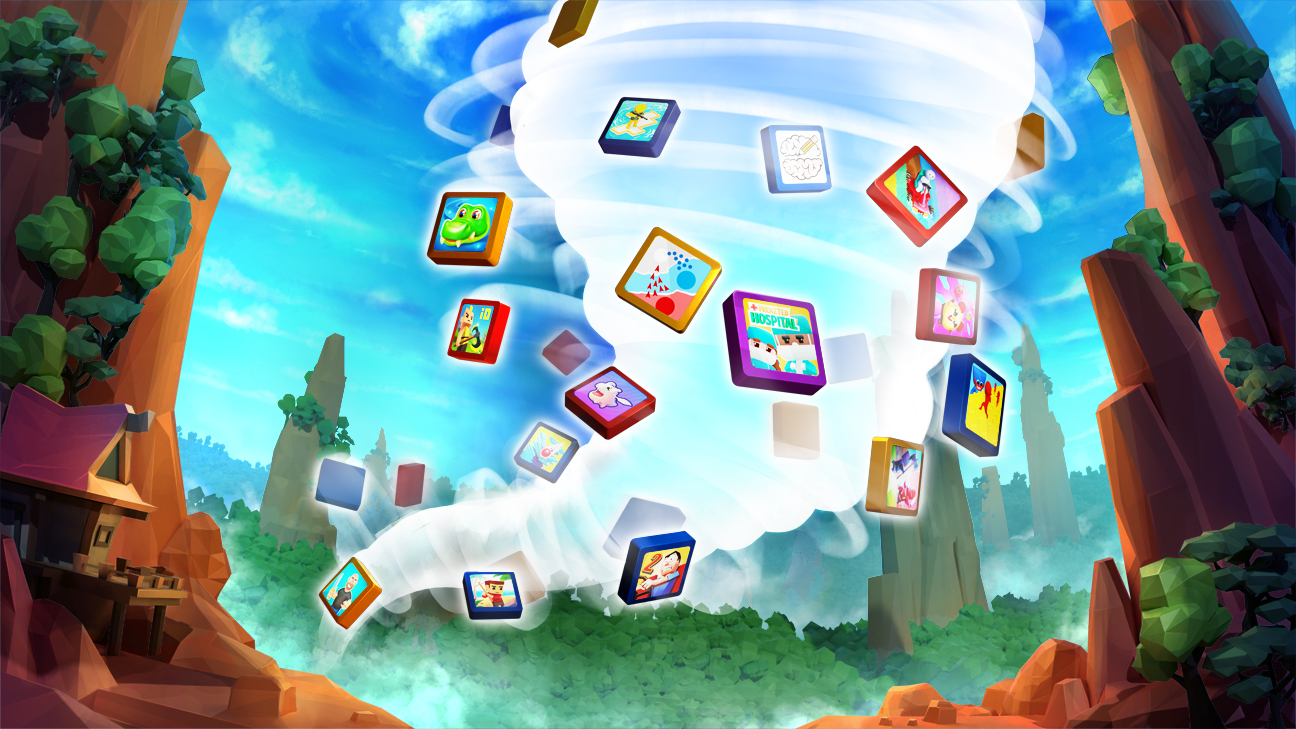 How to publish mobile games in China

Long story short, it’s very difficult. Right now, we’re providing full-cycle publishing of hyper-casual games in China — getting an ICP license, doing localization and the entire store listing. But we spent more than a year in preparation and hundreds of thousands of dollars to get to this point. The thing is, the Chinese market has a lot of ever-changing nuances and requirements not only for publishers, but also for the games themselves.

Let us digress: in 2018, China cracked down on the rules for placing games in stores, and many projects disappeared from the market due to things like depictions of violence. Probably, this is what greatly influenced the hyper-casual boom, since Chinese developers didn’t have much choice — it was either going to similar markets in Southeast Asia, adapting to Europe and the US, or to the domestic market. Those who were able to stay moved on to hyper-casual mainly because of the more relaxed licensing requirements.

Our main mistake before entering the Chinese market was expecting to resolve many issues on the our side.

In reality, you can’t get anything done without a legal entity registered in China. There’s also the fact that all documentation is in Chinese and you can’t even test games without a Chinese IP and a Chinese SIM card. A VPN won’t save you, smartphones still can tell their geolocation by a lot of parameters.

Getting legal matters sorted out took us the most time, effort and money. It turned out that it’s very difficult to create a bank account even if you have an existing legal entity — we had to hire local lawyers.

This part is important because there’s also the possibility of losing the rights to your game. For example, shady companies offer to buy a license and share the money. In the end, it will turn out that, according to the documents, the game belongs to them. Therefore, you need a legal entity, and share the code only with the most trusted partners.

Large publishers are trying to release only their own games, because the income is higher this way. Spots for registration are limited and they don’t want to take risks. If they decide to launch other people’s projects, then most likely they’ll try to buy out the whole company in order to have full control over the content, product, etc.

The second mistake: at first, we started making a prefabricated universal SDK based on an open source solution for all Chinese stores.

There is no Google Play in the country and hundreds of local stores with their own advertising platforms and SDKs have taken its place. But in the end, technical issues also had to be resolved on the Chinese side and the SDK was integrated individually for each store. For one, we did it because they’re very distrustful of third-party code and, among other things, only allow their own monetization to be integrated.

Next up, we had to obtain permissions for development, publishing, and a company license. There’s a template to help you do it and it went smoothly, but now the chances to fail have greatly increased — in this regard, the timing was perfect on our part. The sooner you enter this market, the better.

Requirements and conditions are regularly becoming stricter. This applies not only to the companies, but also to games specifically.

The ever-changing list of rules for games is a separate problem. There are cases when people tried to enter the market for several years, but they were turned down.

We can definitely say that there’s a preference for peaceful games without blood and violence. For example, people don’t die in Chinese PUBG, they just put up a white flag.

Gwent is a prime example: CD Projekt Red artists replaced melee weapons in the characters’ hands to get around restrictions in China.

Also, there should be no religious symbols and events, sexual overtones, social agenda or connection to real history. Naturally, our game World War Heroes didn’t fit the criteria at all. Recently, Chinese stores removed more than 100 games, even Command & Conquer: Generals, because there’s a war between the US and China in it.

Preferably, the game also should develop something in a person. At the same time, there’s a constant struggle to reduce the amount of time that people spend playing games. Because of this, there are comments on the Internet speculating that people don’t have children because men play too much, which doesn’t bode well with the country’s new policy to increase the birth rates. Until recently, couples in China were only allowed to have one child, but they can have even three.

There’s also a law that allows children to play only on weekend evenings (since recently, it concerns streaming platforms as well).

In addition to all the requirements, China also has quotas that limit the number of new game registrations. There are several options as well.

If you make a minimal amount of changes as you prepare the game for the Chinese market, you’ll have to go for the most difficult option — being an international developer. There’s one big queue for everyone, only a few hundred registrations are issued per year, and foreign games take up only 5-10% of that number. Before the conditions became so harsh, tens of thousands of games were released every year.

There is also a questionable way — you can try to remake the game and turn it into a local product, but we’re not going to touch this subject. The legal and other kinds of risks are too high, I mentioned them earlier.

As a result, it has become more difficult to get registration in large cities and the places that are densely packed with game developers because the queue is very long. In smaller cities, there are higher chances of getting registered faster.

Since we’ve only released hyper-casual games so far, each project needs an ICP license. It doesn’t allow you to add in-app purchases to the game and can monetize it only through ads. Getting this license takes about a month.

To do this, you need to provide a build to reserve the name and the code. Reserving the name is the crucial part, since the search word system in the stores is very poorly developed. A lot depends on the name, so we carefully study the issue, figure out what people are looking for in the search engine, then check if there’s an ICP with that name. If not, we’re in luck.

One time, we found an ISBN (a license for things like games with in-app purchases) for the game, but there was no ICP. It’s not clear how they were able to do this without an ICP, but it became obvious that our game wouldn’t make much due to the name overlap. Now we check all the stores, ICP and ISBN, and if there’s as much as one match, we don’t take the name.

In fact, all games are required to have an ISBN license, but in practice it’s necessary only for paid games or games with in-app purchases. For the time being, the rest can be published without ISBN, but the situation may change any time. In this case, obtaining the license can take up to a year and a half. However, some stores agree to publish games while the paperwork is being finalized. But this can end up with fines, so games like that are deleted immediately if there’s any suspicion from the authorities.

Regardless of all the nuances, China remains a very attractive market with a huge audience — there are more than a billion mobile phone users. Over the several months of work in this country, we’ve seen stable traffic, many games bring tens of thousands of dollars a month on the organic traffic alone. For developers, this is a good opportunity to increase the visibility of their projects by publishing the game in a new market simultaneously with the rest of the world.